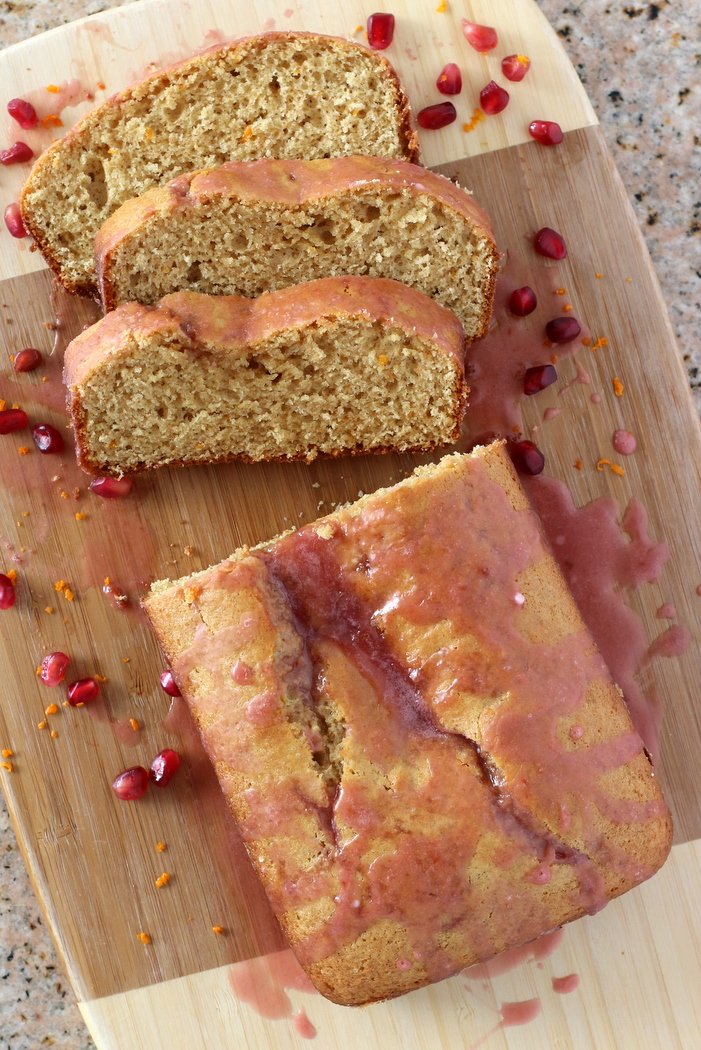 When it comes to dessert, I pretty much consider it a waste of time and calories if it doesn’t involve chocolate. And M is no different.

But in the middle of winter and with a fridge full of citrus, including one particular orange about to go bad, I opted for something a bit lighter to contrast the typically heavier fare of the season (and give that orange its rightful purpose in life).

Enter: Orange pound cake with pomegranate glaze that’s so easy even the kids can get their hands dirty. And my little J did just that!

The recipe is a variation of one we made at The Kids Table, a kids cooking studio I used to take T to each week before J made us a family of four. So it’s actually designed to be kid-friendly with respect to how it’s baked and how it tastes.

On A Quiet Sunday Afternoon

We’ve been keeping our weekends fairly open but for maybe one planned event between the two days. It’s made for nice time together and plenty of days that aren’t booked with a tightly scheduled itinerary, something of which I’m definitely not a fan on Saturdays and Sundays. So with an open afternoon, I made a couple meals for the week and added this cake to round out (what I thought was) a pretty easy but tasty menu. 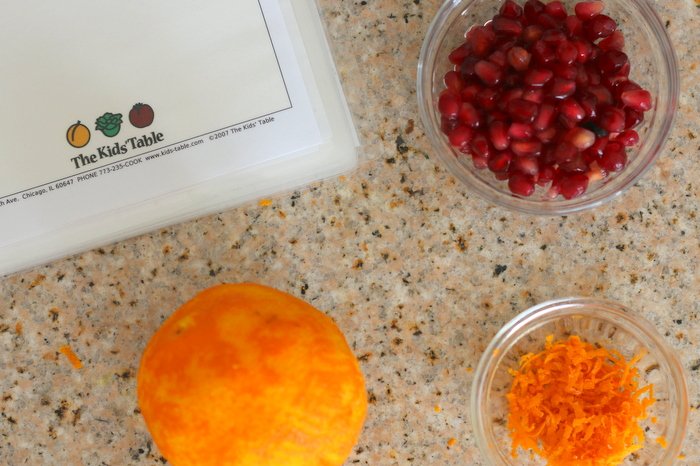 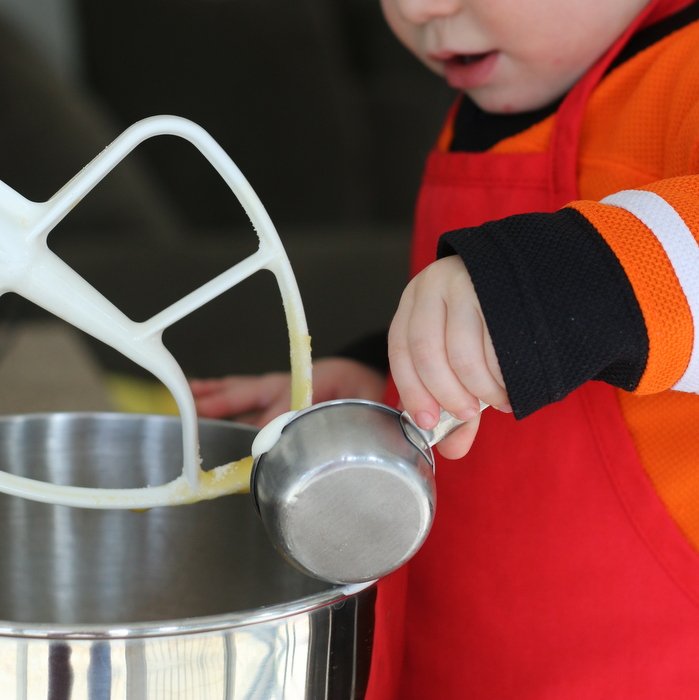 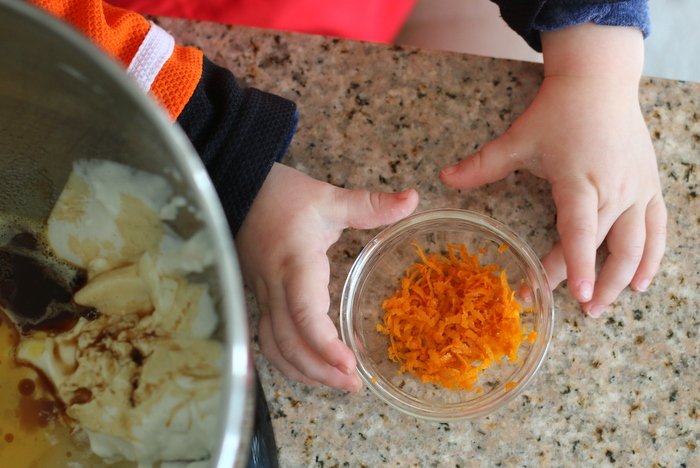 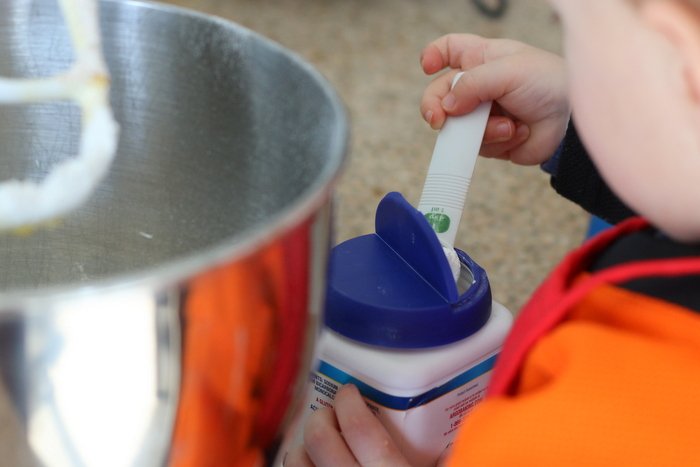 Measuring baking soda and baking powder seem to be one of the easiest tasks for the boys to learn. This is the first measuring task T mastered and now he’s a pro. Baking this pound cake was J’s first rodeo with the baking powder, and he nailed it. 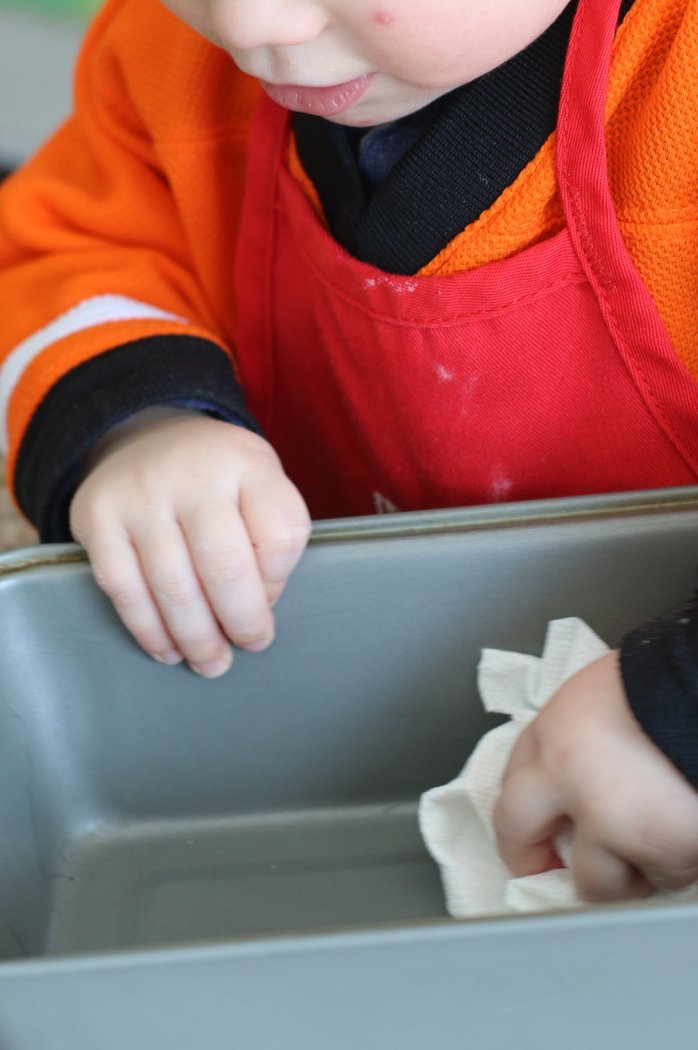 Sometimes, I allow the boys to do tasks that I know they will do wrong. For example, I let J take the first crack at buttering the inside of the pan before dusting it with flour. Suffice it to say, he did not do a great job. But he did perform the motions well, so that’s progress. He’s just not quite strong enough to press the butter hard enough to make it stick to the pan. Next time…

Despite his dismal results (the entire chunk of butter remained in the pan), he gave it back to me and said “ta da!” He was so proud of himself. Ha.

Provided it’s safe, I allow the boys to do just about anything that, even if they do it completely wrong, won’t ruin the whole process. Not succeeding at buttering the pan didn’t cause any harm. It just meant I had to follow and finish the job. Quick and easy fix. 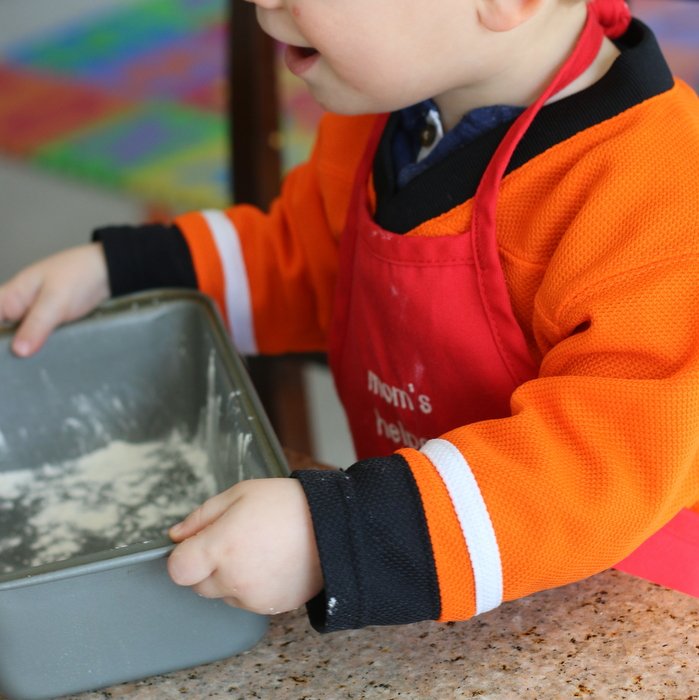 After the butter, I sprinkled the pan with some flour and let J shake the pan to his heart’s content to create a light layer over the entire pan. Again, running the last leg of the “relay,” I ended up doing most of the actual spreading. But he thought shaking that pan all over the place was the best!

When it came time to spread the batter, he actually did a pretty nice job. I filled in a few gaps, but he certainly pulled his weight on this step. 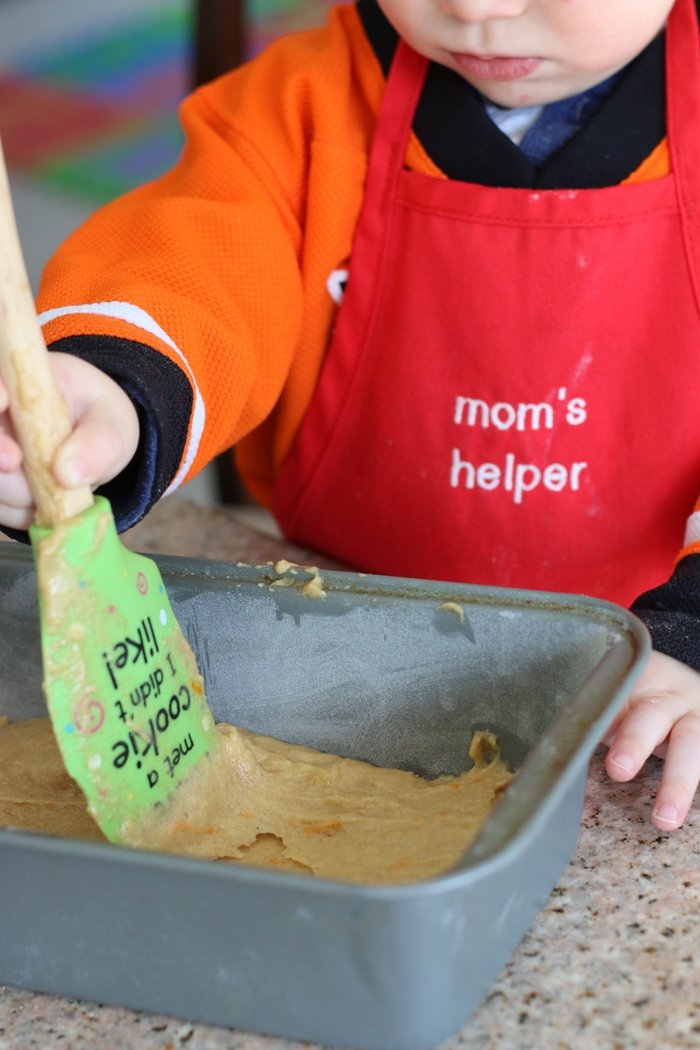 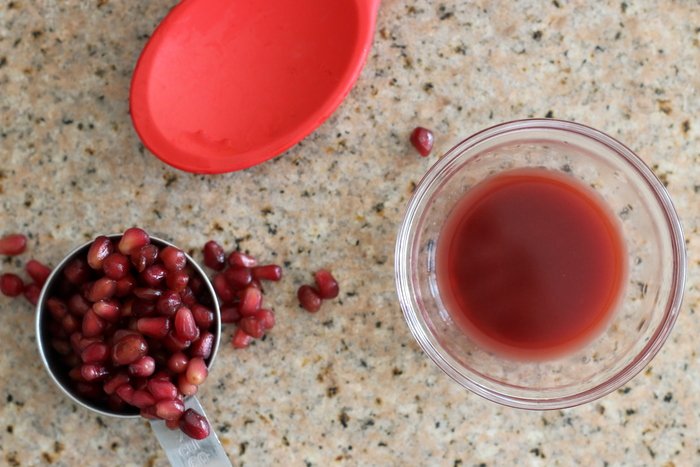 I also give the boys chances to play with the food and do things that aren’t really necessary. In particular, I encourage activities that will either expose them to new tastes and textures or just occupy them while I do something they can’t do.

While I made the glaze on the stove, I let J play with the pomegranate seeds. He ate a few, played with the extras and made a bit of a mess.

When the kids are in the kitchen, the mess is bound to be somewhat larger than when I cook myself. But it’s totally worth spending time with them and including them in the cooking and baking processes. 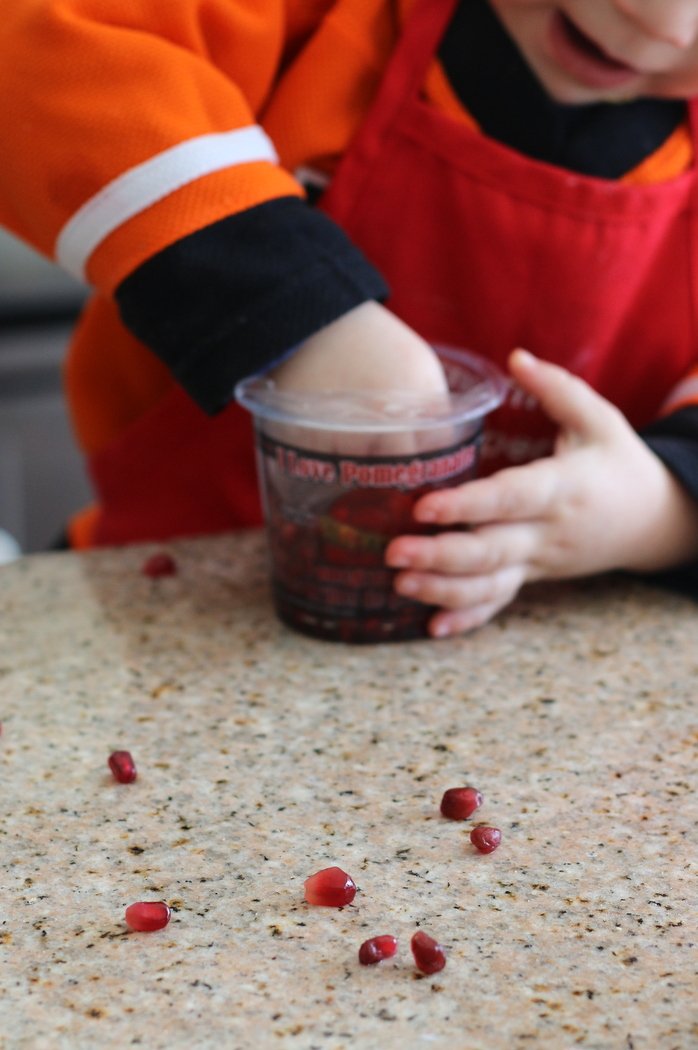 With that, J and I had ourselves a lovely little pound cake. The glaze is pretty awesome and could be great on all sorts of other things. 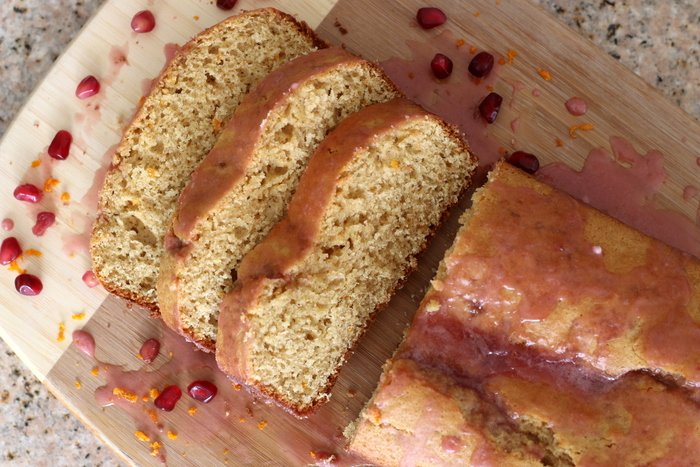 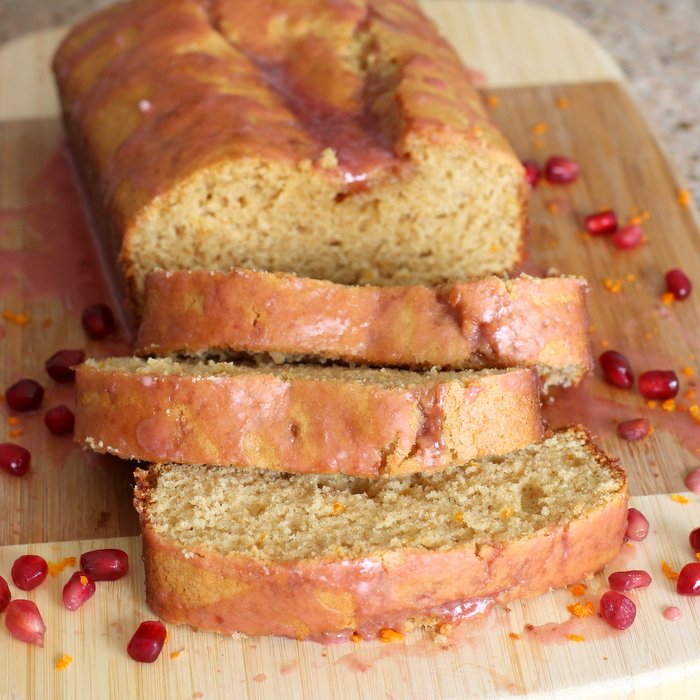 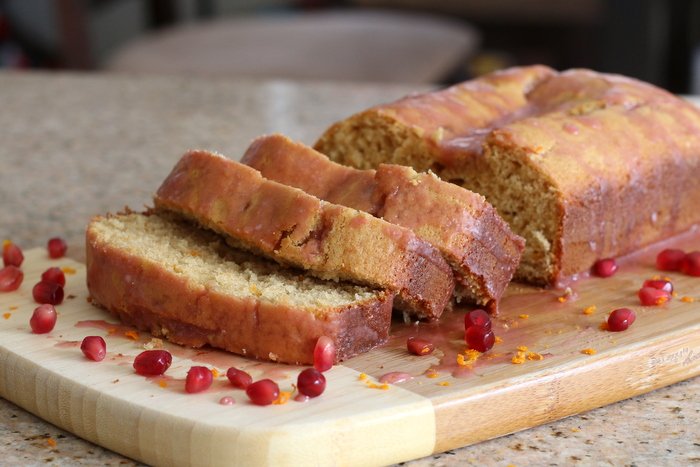 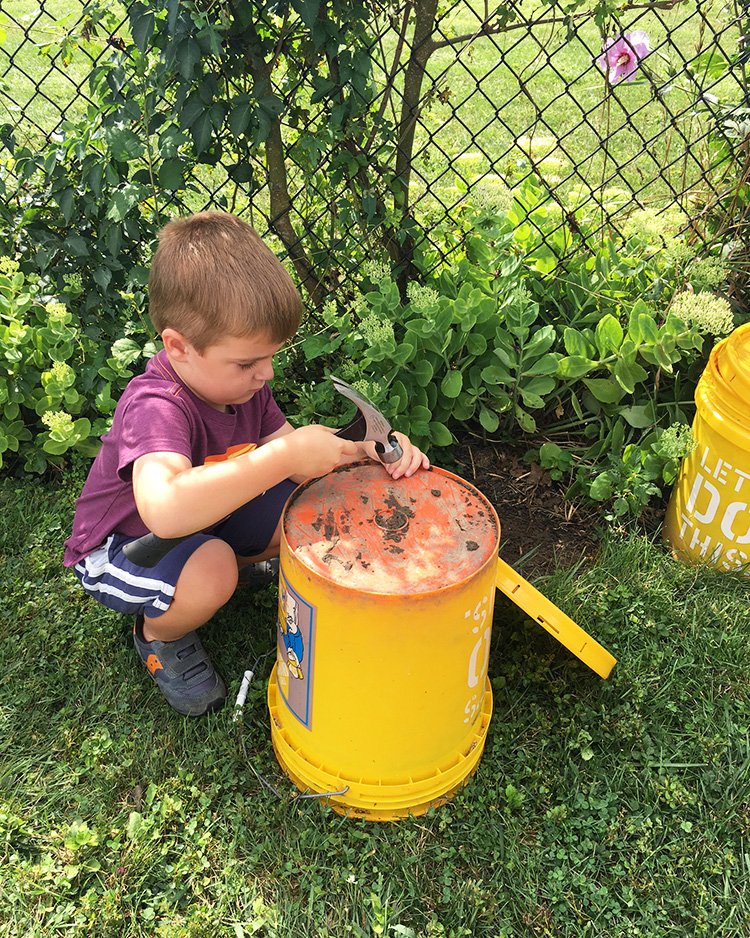 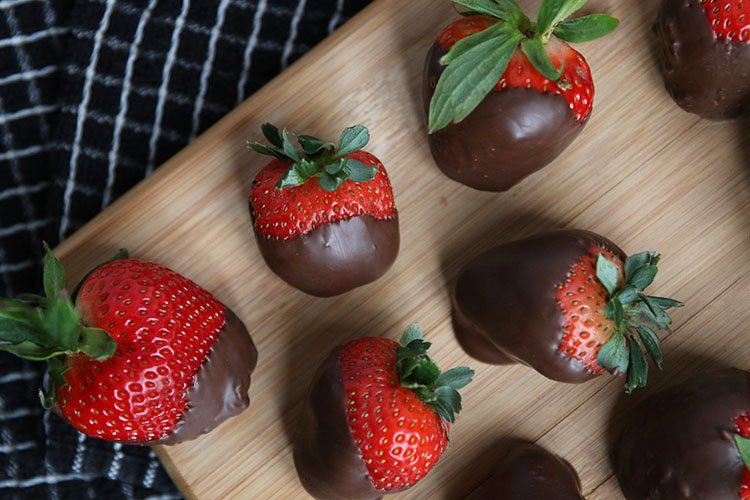 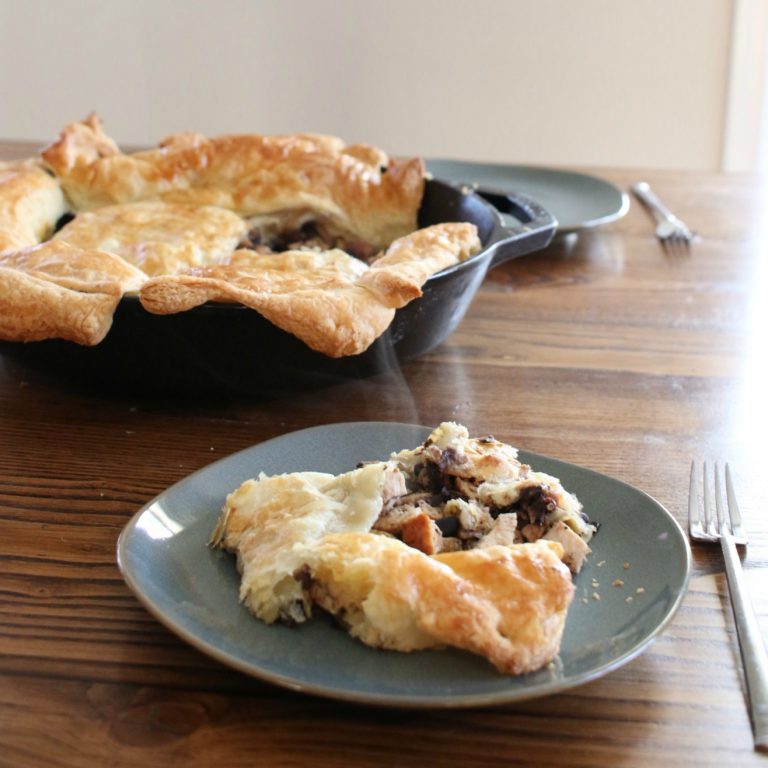 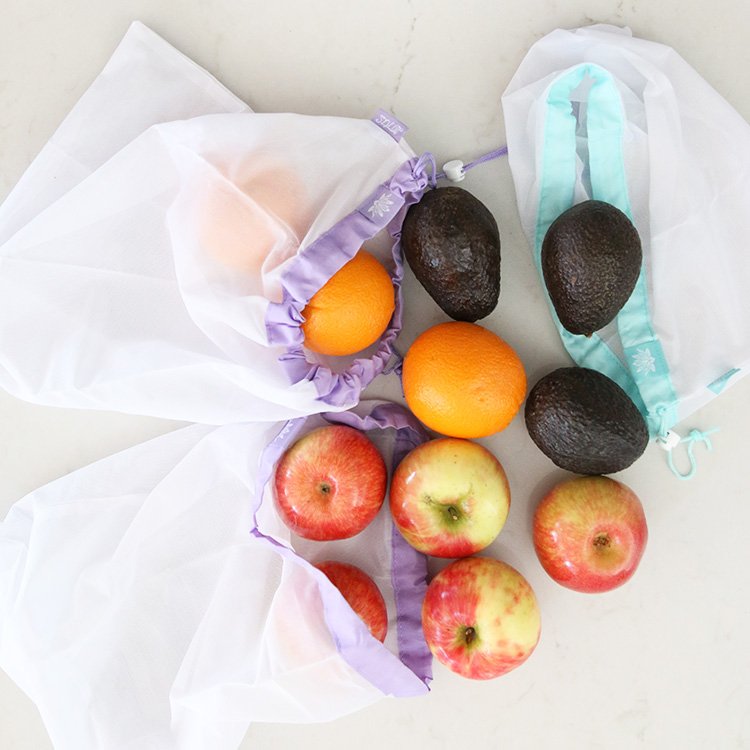 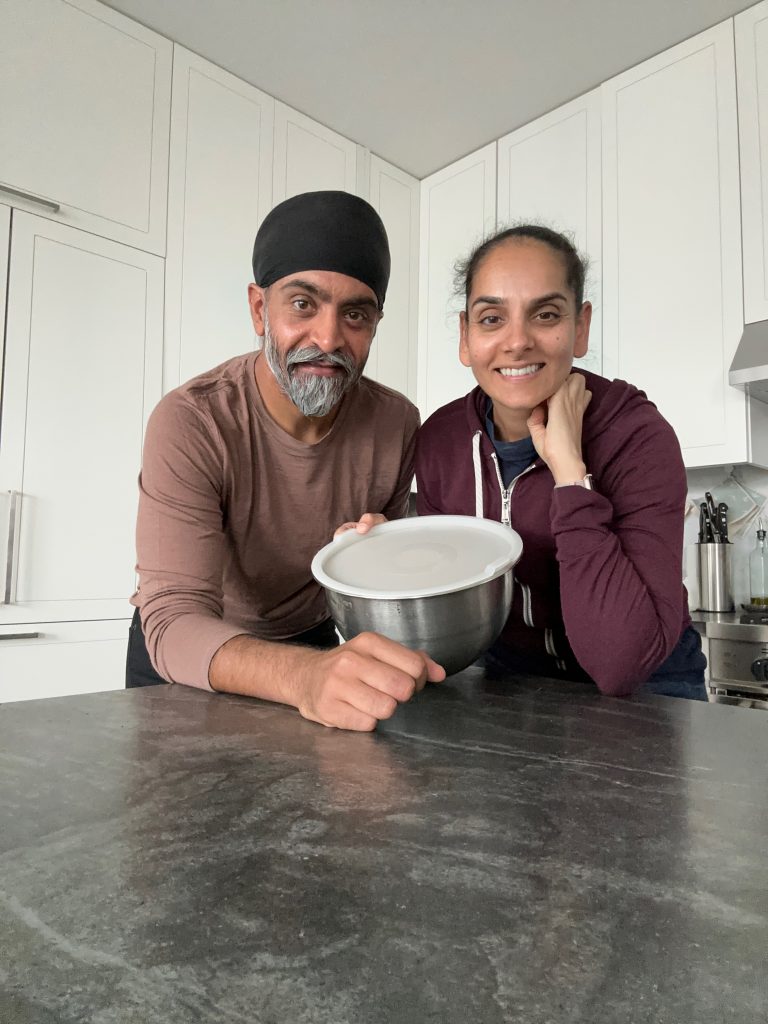 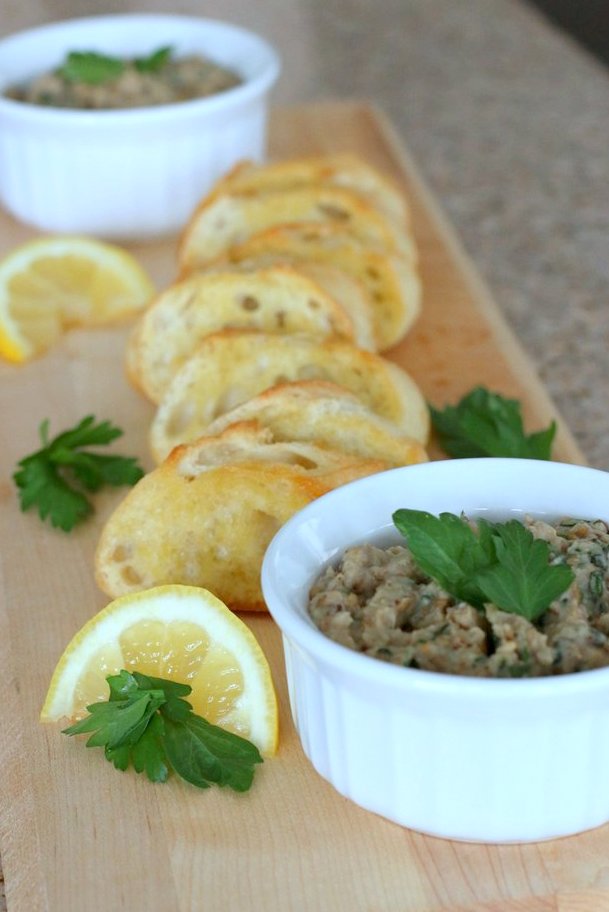