This post is part of our Gift Wrapped series in which contributors and friends of Honestly Modern who live lifestyles guided by sustainable living principles share what they actually buy for and give to their loved ones for holidays and special occasions.

Some years, holiday shopping in our house comes down to the wire. I’m not shopping on Christmas Eve typically. We often travel for the holidays, so we must be a few days ahead of schedule. But I usually am grabbing a few things last minute.

This year, however, I made my list, checked it twice, and had almost everything purchased on or around Black Friday and Cyber Monday. Now, most of the gifts are hiding around our house in various nooks in closets.

In some cases, they’re right out in the open among empty boxes. Last week, a large box arrived while the boys were home, and I didn’t know where to put it. So I set it under a few empty boxes and the boys were none the wiser (at least for a few days).

With everything purchased and ready to go (except for wrapping), I’m sharing what we actually bought our boys for the holidays this year. Our older son is ten and our younger son is eight. They don’t play with a ton of toys. They are primarily sports buffs. But they’ll never complain about a fancy LEGO Set.

I’ve also shared what some of our family members are buying for them this year. It’s important to me (and to our family members) that they really like and will use the gifts they receive. I share ideas with them, and they choose which ideas most resonate with them.

Here’s what the boys are getting for the holidays this year.

Holiday Gifts for a 10-year-old Boy

We decided to get each of the boys a large LEGO set as their main gift this year. He wanted this new Eiffle Tower set, but it was too expensive and way too big. We don’t have space for it.

He hadn’t seen Home Alone yet, but I wanted to watch it as a family this year. So, we watched Home Alone as a family (the boys loved it), and then he can build the Home Alone house with LEGO, complete with lots of the tricks and traps from the movie.

As we have done with previous sets, I anticipate we will hold onto and resell this LEGO set in the future. The boys don’t like to do LEGO sets more than once, so they sit on the shelf in their room for a bit and then find a new home where someone else can enjoy them again!

Both of the boys got this gift, and they have no idea it’s coming. I’ve seen the creator, Mark Rober, and heard him on a podcast. He creates really neat YouTube videos that I consider a mix between Dude Perfect and Bill Nye the Science Guy. Each video is a crazy, cool lesson in engineering, most done on a large scale. The subscription box brings the lessons of engineering to life in their own hands. I hope they love these!

Our library received a large donation of brand-new books they couldn’t use on their shelves. They hosted a children’s book sale, and I purchased a couple of chapter books for each of the boys. They’ve been into fantasy books lately, so I got a couple of books in that genre.

He outgrew every pair of pants over the summer so it was time for a complete restock. He’s actually already received all of these because I couldn’t bear to see him go to school in such small pants for another month. Ha.

I bought him a couple of pairs of joggers from Primary, two pairs of these Patagonia pants, and a couple of secondhand pairs from Kidizen.

The boys can always use new boxers. Crann Organic is their absolute favorite because it’s so soft. I also love that it’s sustainable and a small business here in the United States. It’s at the top of the list of my favorite sustainable brands for kids.

Each year at school, the boys design one piece of artwork, and the school organizes a fundraiser to buy that artwork on a tangible item through a company called Square1Art. Most years, I don’t buy anything. We really don’t need most of what they sell.

But this year, the boys really wanted something and I agreed to buy something for each of them if they it was not too expensive and they would actually use it. My older son chose a beach towel and a set of coasters. He will definitely use the beach towel all summer, and he uses the coasters on his bedside table for water each night.

These puzzles look really neat. Being so into sports, I thought we could do this puzzle together. It has some pieces in the shape of players and sports icons. So unique!

He loves strategy and critical thinking games. He played this Uzzle game with friends at a hockey tournament last season and crushed it. I think he will enjoy having a version of his own (and will probably beat all of us in this game).

What hockey player doesn’t love a “free” shopping trip to Pure Hockey. If you’re not into hockey, it’s a store dedicated to all things hockey. They have tons of equipment and gear as well as other hockey-related items. I’m not sure exactly what he will choose, but it’s likely it will be something he will use for playing (which saves us money on buying new gear and accessories he needs anyway).

We often visit Nickelodeon Universe in the Mall of America when we go to Minnesota for the holidays. We are heading there this year to see family, and my sister decided to get each of the boys tickets to go to the park with her.

She also is getting them small bags of snacks so they have something to open. I think she will get them a couple of snacks to eat while at the park as well as a few Nickelodeam-themed snacks. My boys love Krabby Patties (which I think look gross, but whatever).

Holiday Gifts for an 8-year-old Boy

My boys love advanced LEGO sets, so this may not be perfect for every 8-year-old. But it’s great for our boys. He’s been asking about this set for a while.

It’s also about to be retired (or at least appears that way because it’s Hard To Find according to the LEGO site). Like we’ve done with previous large LEGO sets, we plan to keep the box and all the pieces and resell the LEGO set on Facebook Marketplace in a couple of years. The money for the set will go into his bank account to use as he wishes.

He will go nuts for this. More than my older son, he loves these project-based kits and tears them open as soon as they arrive in the mail. The kits themselves aren’t particularly “eco-friendly” but I also think it’s really great for them to have educational toys that can help them develop creative problem-solving skills. The world needs lots of engineers, so if these types of activities lead them in that direction, I’m all for it.

Like my older son, he also got a couple of chapter books from the local library children’s book sale.

I only got him two pairs of pants. He will get a lot of the hand-me-downs from his older brother which are in perfectly good condition (and he doesn’t seem to mind so long as he gets something new every once in a while).

He also is almost the same size as his older brother, so they share a lot of clothes, which makes “hand-me-downs” feel less like seconds and more like “it’s just my turn to put these in my drawer.”

More boxers from Craan Organic. They love these things.

He also created his own artwork and asked for it on coasters and a pillowcase. I obliged. 🙂

He loves doing puzzles but doesn’t love doing the same puzzle twice. We’ve tried borrowing puzzles from the library, but most of them are 1,000 pieces which is a bit too much for him right now.

I found this puzzle subscription program and it seems pretty neat. They have over 1,000 puzzles available in a variety of levels of difficulty. With the subscription, you get a new puzzle every time you send one back. There is no limit on the frequency of sending and receiving new puzzles. We will try it out for three months and see how it goes.

We have the original game, and this expansion set seems perfect. It includes the United Kingdom and Pennsylvania. Considering we visited London together this summer and live in Pennsylvania, it felt perfect. He asked for it for Christmas last year and didn’t get it. This will be the year.

He enjoys playing all the racquet sports too. Paddle tennis racquets all around.

Both boys started playing more golf last summer. They have a mishmash of secondhand clubs from friends and family. Jack has a very small bag, but it’s so tiny that his clubs fall out sometimes. He was ready for a new bag, so his grandparents are getting it for him for Chrismakkuh (what we call a mix of Christmas and Hannukah because their grandmother is Jewish).

Another ticker. Another snack bag. Another trip to the amusement park with my sister. 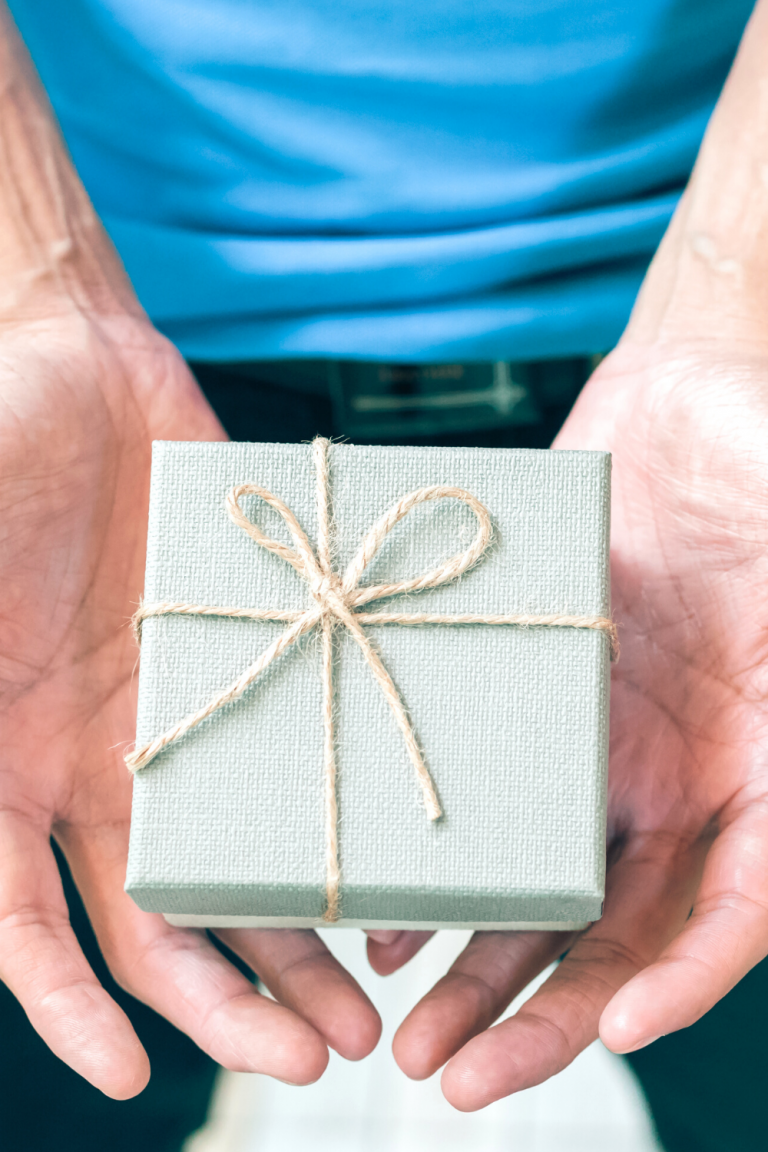 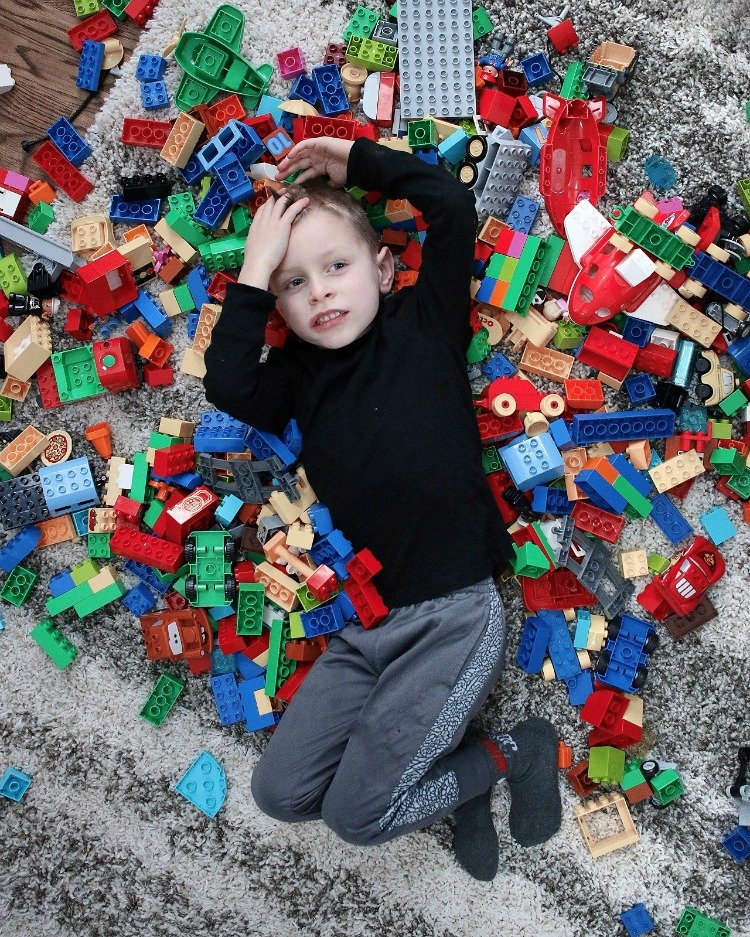 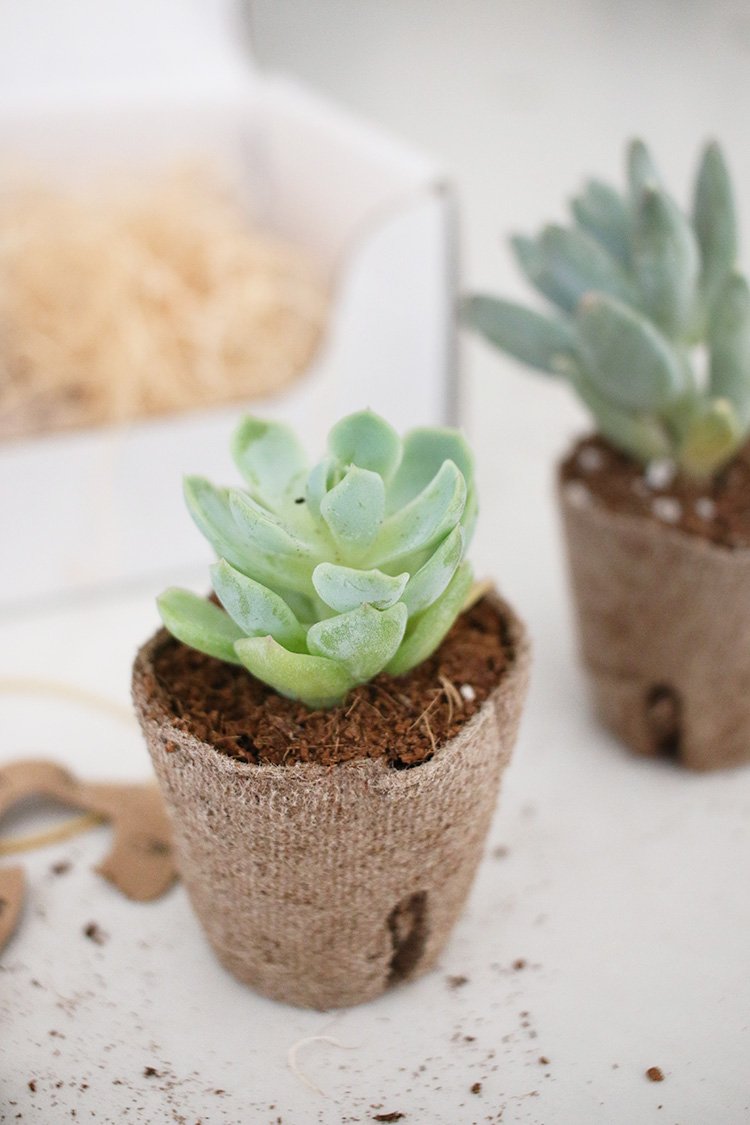 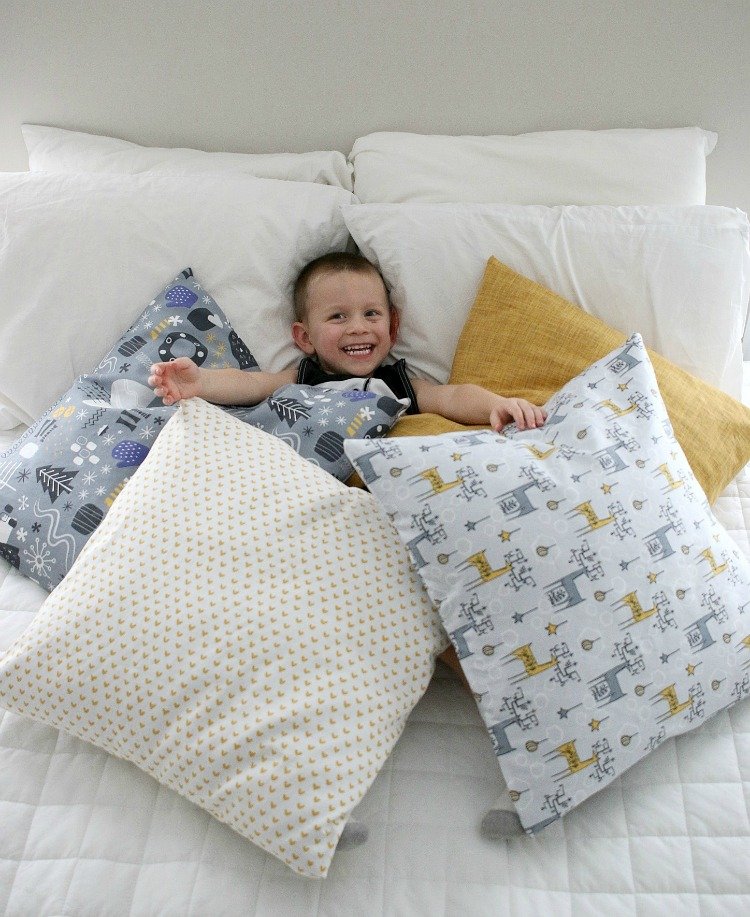 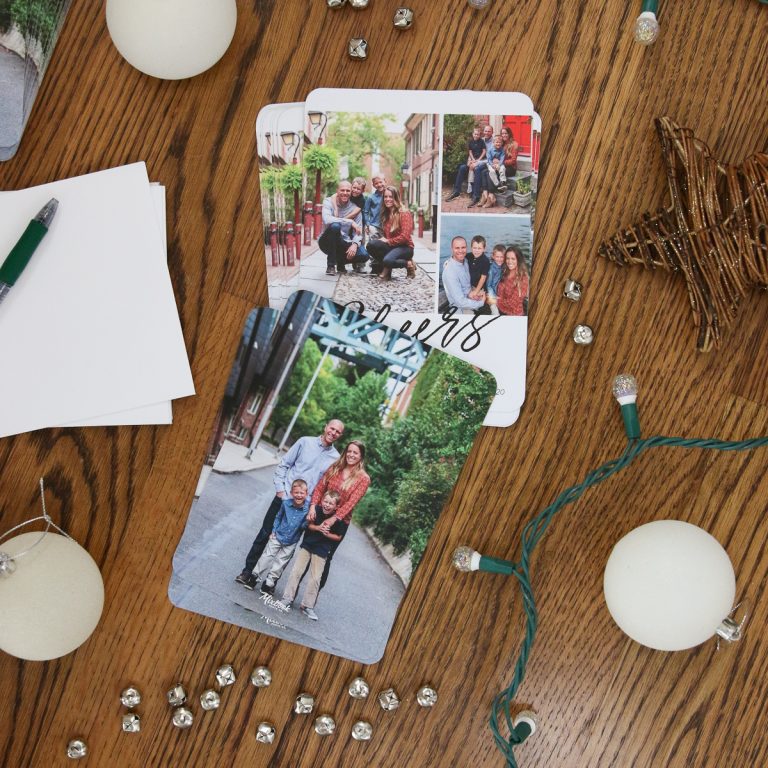 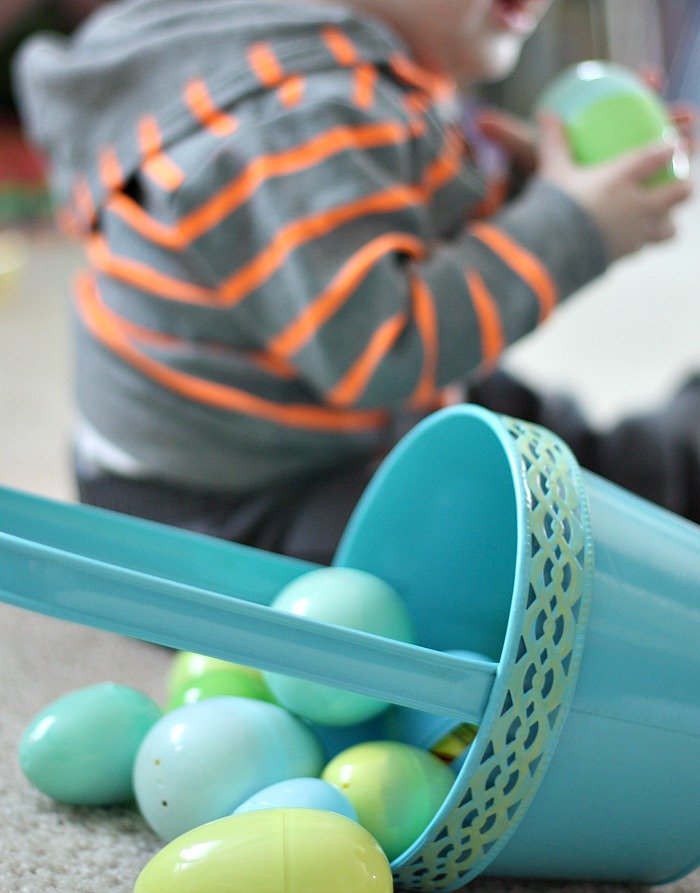