Ready to be an informed voter in the next election? Here are eight ways to research political candidates so you can better understand your ballot, make educated choices when you vote, and prioritize character and principles over party.

Voting as one person in an election, especially one that draws millions of votes, might feel small or useless. However, too many people default to the mantra that their vote or their actions don’t matter. This is not true.

Many elections, especially local elections and primary elections are decided by just a few votes. Every vote matters, and the politicians we put in positions of power have a great ability to make our country and our communities significantly better or worse. You can see from the image below that the Republican primary election in Pennsylvania (which is a very significant race on the national stage) was decided by less than 1,000 votes. That’s so close! Your vote matters!

In the United States, we live in a time of deep political division (though I don’t believe we are divided as the extremists and people in power want us to believe). Our democracy has been threatened by election deniers, conspiracy theories, and outright violence. Well-functioning democracy is good for just about everyone in our country, and it’s definitely good for all of us that want to live in a free and fair country.

But no one is coming to save us from the potential demise of our democracy; it’s up to us. It is up to the people of the United States to learn about how our government works and who is running for political positions and then get out and vote for the candidates who want to protect our democracy.

8 Ways To Research Political Candidates To Be An Informed Voter

As we approach the next election, make a plan to vote. Sites like Vote.org offer non-partisan information about registration, polling locations, and more. spend some time learning about the candidates from which you can choose in your local elections (from municipal leaders to national politicians). Vote as an informed citizen in this upcoming election and cast your ballot with confidence. Here are a few ways to research political candidates and become informed voters for the next election.

Non-partisan sites like Balletopedia and Vote 411 offer sample ballots based on where you live so you can see the ballot ahead of time, know what to expect, and do research on various candidates before voting. If you’re using a mail-in ballot, you can see your actual ballot before doing research (which is one of the reasons I like mail-in voting).

A candidate’s website is a good way to get a basic understanding of a candidate’s position on many topics. The website may be biased because it’s built by their team for their own advancement, but it’s a good starting point to learn about their background and the basic tenets of their platform. At the very least, competitor websites can help compare positions between two people running for the same position.

Red Flag: Be aware of any major issues that are absent from a candidate’s website. Every candidate (from any party) should be able to disclose their position on all significant issues. If they can’t, that’s serious cause for suspicion.

For example, many Republicans in the current election are removing their position on abortion from their sites. They know lots of people within their likely voter base don’t agree on this topic. They choose not to disclose their opinion on this significant issue for fear of deterring voters.

It should be cause for concern if a candidate can’t or is not willing to disclose their stance on something, especially about the larger issues of the current time. This is essentially tricking someone into voting for them by the omission of information that the candidate knows is relevant to the voter. Not only is this cause for concern about the topical matter, but it’s also a red flag about their character and integrity.

Social media feeds, and Twitter, in particular, can provide more genuine insight into a politician’s perspectives than their websites due to their dynamic and constant nature of social media activity. Note what they share and what they amplify through re-tweets, Instagram Stories, and other types of promotion. Sometimes, social media feeds can show a candidate’s true colors far more than a static website or staged debate.

Social media feeds may also be particularly helpful for local candidates or candidates with smaller budgets. These candidates may have light websites and aren’t covered by media outlets as often. Their social media feeds can offer insight into where they stand on topics that may not be disclosed in other areas online or in the media.

Despite the growing lack of trust in mainstream media, there are many center-rated media sources and journalists that work hard to provide truthful and generally neutral information (no article will ever be entirely free of bias; that’s impossible as long as humans are writing, editing, and reading it). Use sites like AllSides to understand the leanings of certain media sites. Use center-rated sites to research candidates in the races on your ballot.

You can also use Right-leaning or Left-leaning sources, provided you understand the lens through which they are being reported. Sometimes, it’s helpful to read contrasting perspectives on topics from left and right-leaning sources. Far-right and far-left sources are often much harder to navigate and more likely to twist facts or promote misleading news entirely (so it may make sense to bypass those types of media sources if you’re looking to be informed based on truth).

Check Balletopedia and Vote 411 For Voting and Candidate Information

Ballotpedia, Vote 411, League of Women Voters, and governmental voting websites (among others) offer information about candidates, where to vote, voting deadlines, and more. Some of these sites require candidates to submit answers to questions on particular topics (and not all candidates choose to participate). While it’s not a perfect forum for candidate positions on matters, it’s one more data point that could help be informed about who’s running in your jurisdiction.

Sites like opensecrets.org disclose fundraising sources for particular politicians. Ballotpedia and Vote 411, for example, have links to various fundraising disclosures for many candidates. These sites can help you find out other places to review this information.

Major donors often have significant influence over candidate decision-making, and the sources of funding can be telling about how a candidate will most likely vote on particular issues. For example, a candidate whose major donors are oil and gas companies is unlikely to vote in favor of significant climate legislation. They may even be likely to adamantly fight against it.

Alternatively, a candidate who has Big Agriculture and Big Food companies among their largest donors may be reluctant to propose, promote, and vote in favor of policies related to regenerative agriculture or policies that support small, local farmers. Fundraising sources are not the “be all, end all” of a candidate’s positions, but they are highly likely to inform a candidate’s voting and advocacy actions.

Host a Ballot Club or Other Community Conversation

Talk to your neighbors to share what you know about different candidates. You may even host something like a Ballot Club, a social gathering where people from different parties and political leanings meet to review sample ballots and do research on each of the candidates. Together, you can round up information about candidates, share notes, and become more informed voters. The event does not have to involve sharing any voting tendencies or plans. It’s simply a place to gather and exchange information about candidate positions and actions.

How else do you become informed and learn more about the candidates running in your area so you can vote based on principle, character, and facts (and hopefully not default to partisan voting without a more robust context)?

How To Use The Library To Vote

How and Why To Break Up With Amazon

Book Review of Forward: Notes on the Future of our Democracy

You can find more of her work at WasteWell, a company that provides composting resources and local curbside compost collection services, and Raising Global Kidizens, an online space to help parents and caregivers raise the next generation of responsible global citizens. 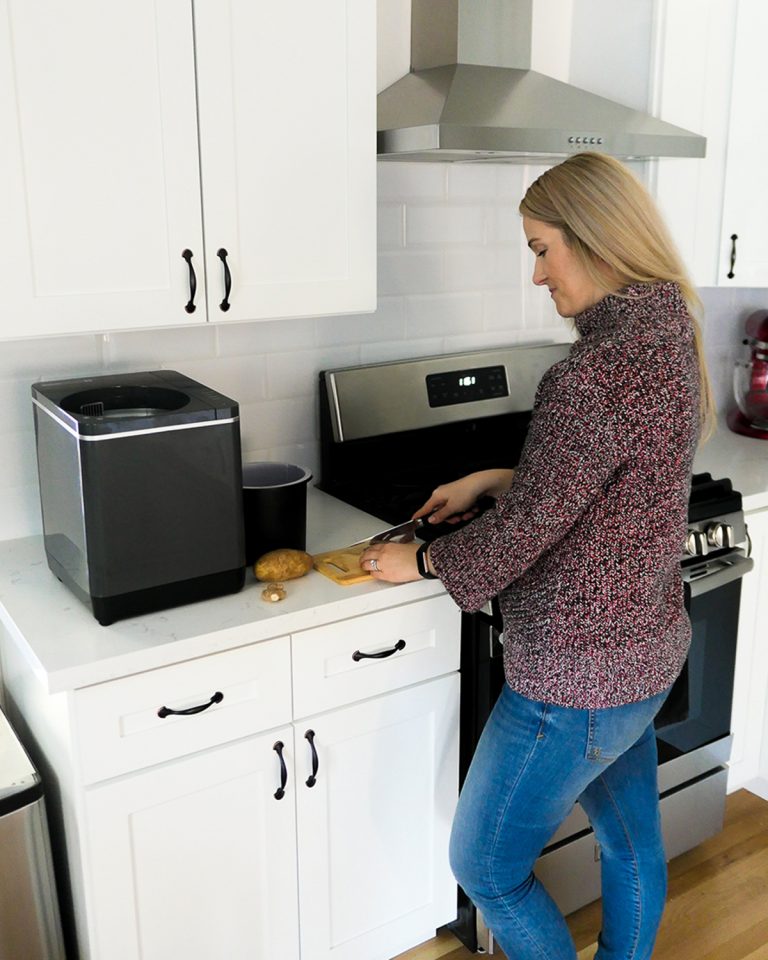 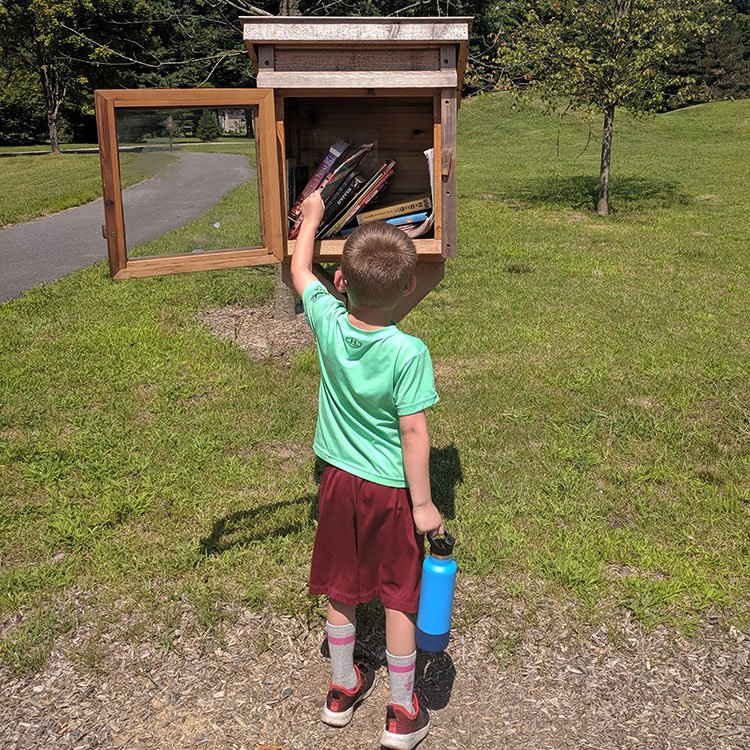 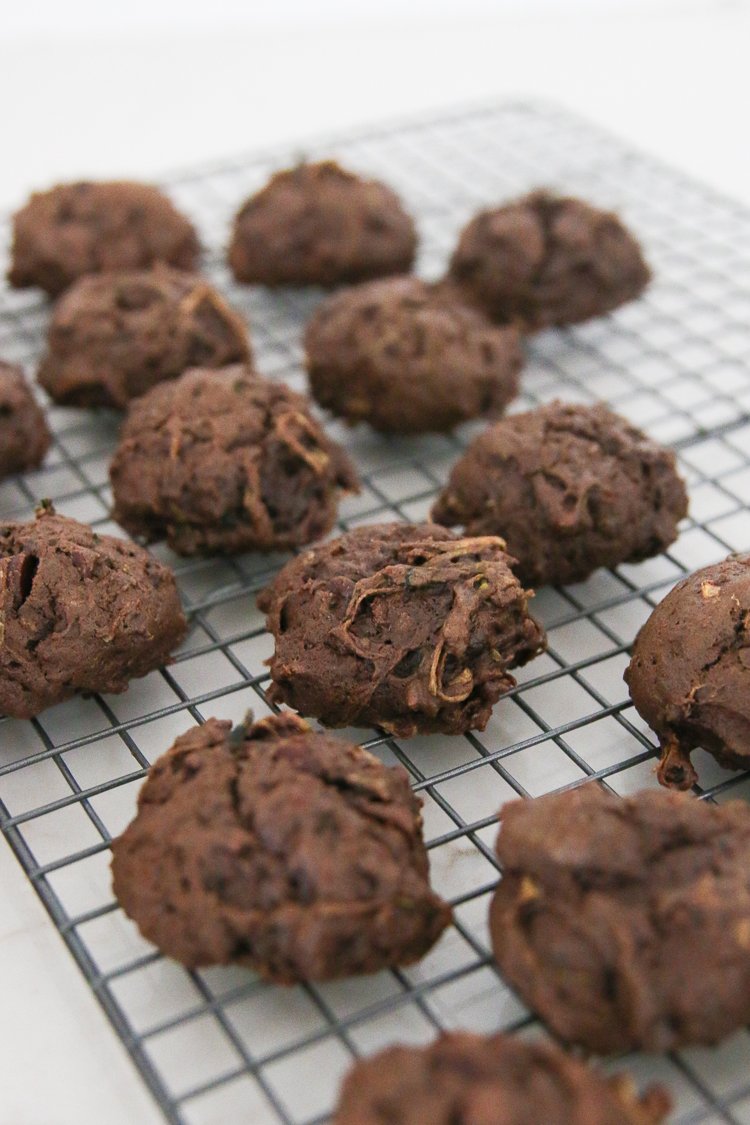 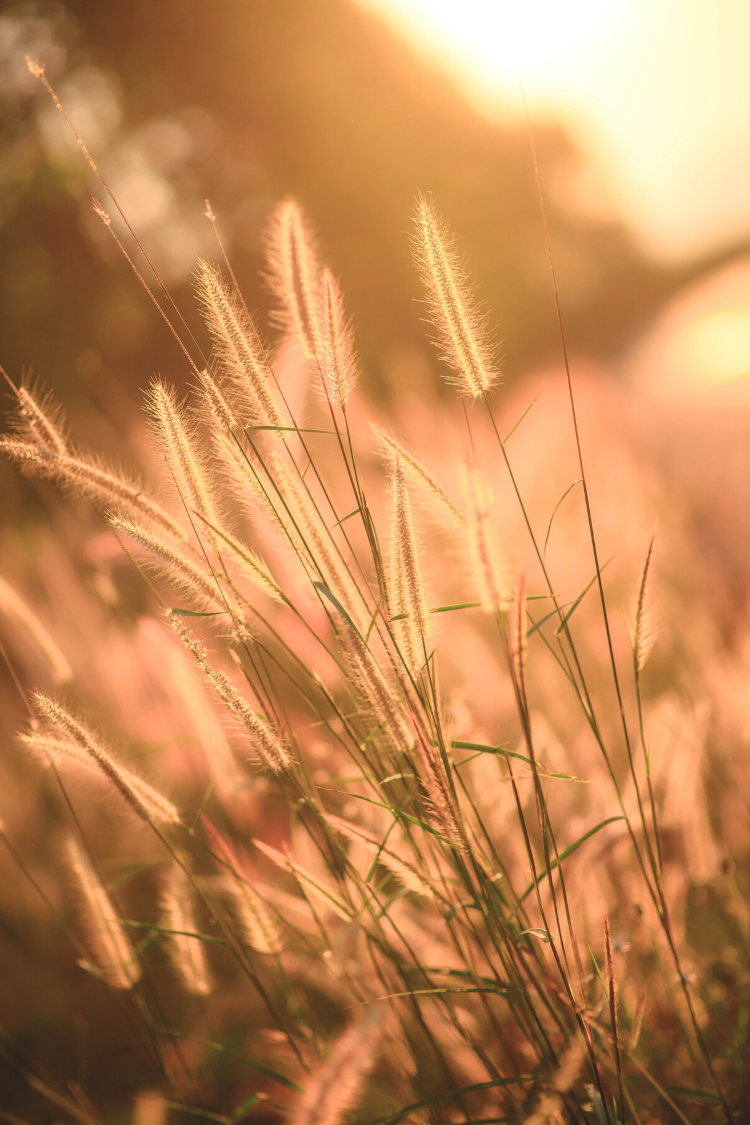 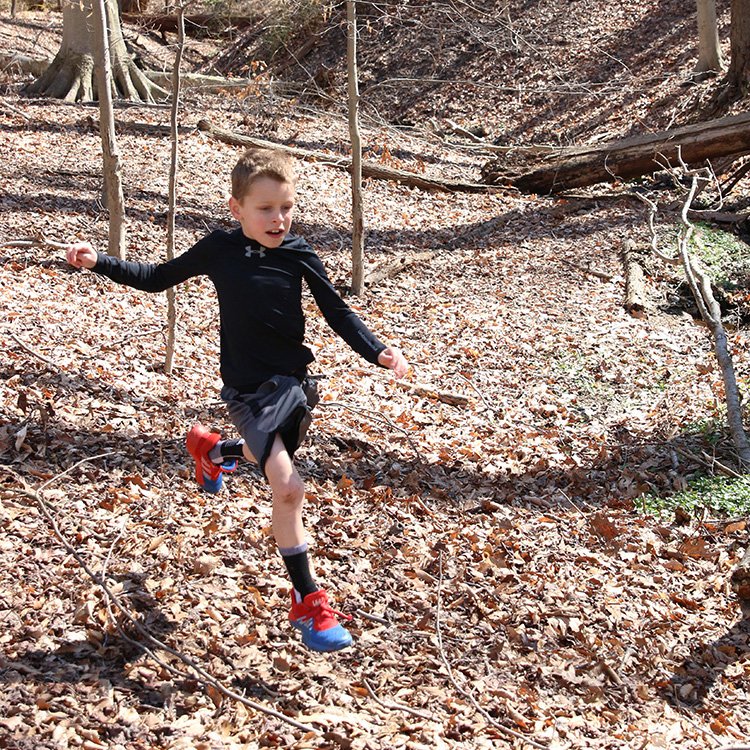 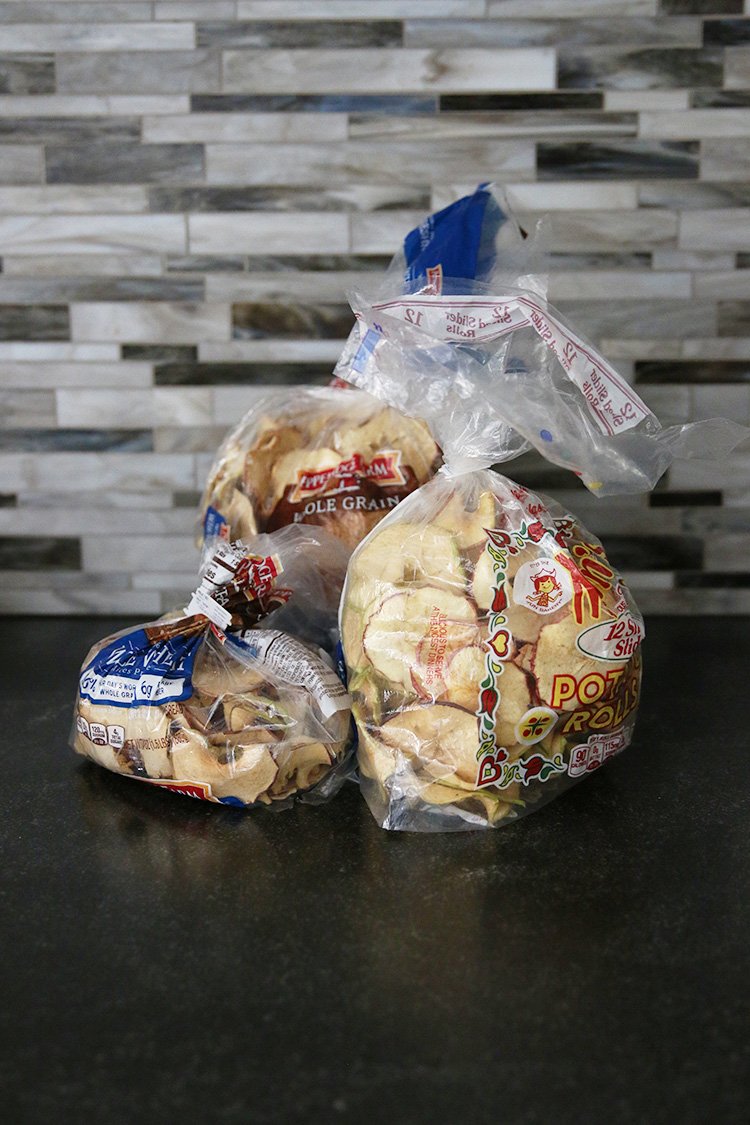